There are a few ways to create a Git Repository but before we talk about How let’s talk about Why.
Why do we need a Git Repository or any Repository for that matter? And What is a Git Repository anyway? In its simplest for a Git Repository is simply a folder that contains files that we want to keep track of. As changes are made to the files the modifications and different versions of the files are tracked and changes are committed to the repository. This is very useful when there are many different team members working on the same set of files. For this reason, tools like Git are commonly referred to as Version Control systems. Historically systems such a Git, SVN and Subversion have been used to store Source Code for software applications so they have also been referred to as Source Code Management SCM or Software Configuration Management Systems. However, with the recent push to streamline Software Delivery Life Cycles (SDLC) there has been a move to place ALL solution related artifacts in Version Control. This allows for configuration of Continuous Integration, Automated Testing, easier automated deployments and simplified scrips.

So that makes the why do we need a Git Repository question easier to answer. A Git repository provides a central source of truth as to the current, tested and ready to deploy version of the application. A Git repository also provides a central source from which to build and deploy our solutions from as well as providing the ability to isolate changes made to different features or by different developers to their own isolated branch of the repository.

So now that we know what it is and why we need one lets look at how to create a Git Repository. 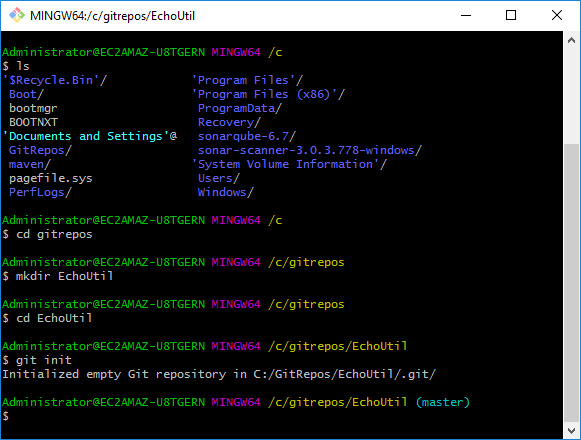 If we already have a remote repository in GitHub we clone that repository to create a local workspace with files we can edit.

Cloning a repository is a fast way for new team member to quickly get a new workstation setup and start being productive immediately. 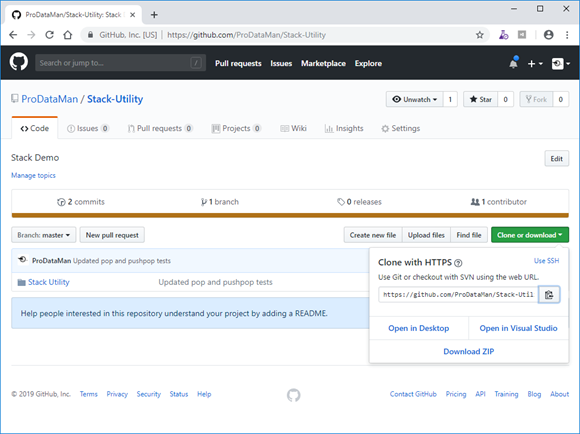 Simply copy the URL of the Remote repository you wish to clone then run git clone <past URL here>. Depending on the size of the repository the cloning process takes a matter of seconds. 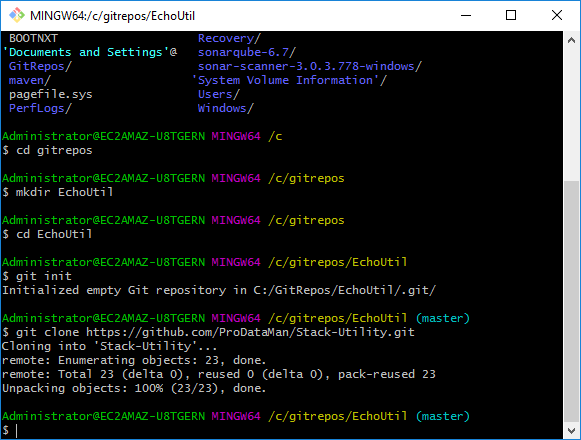 Once you have initialized or cloned your repository you can then begin to add files edit and commit your changes. See the next post in this series for details on adding files and committing staged changes.